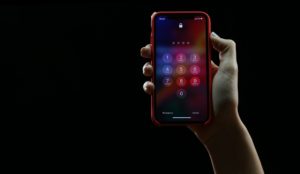 If you bought new iPhone models or maybe updated to iOS 9 requires 6 digit passcode to unlock your device. Up until iOS 8 version of Apple iOS operating system used a four-digit passcode but after upgrade to iOS 9, they introduced 6 digit passcode because of better security and higher complexity than the previous passcode.

How to Switch to Four-Digit Passcode on iPhone or iPad

Step 1: Open the setting and scroll down click ‘Touch ID & Passcode‘, near the bottom of the third set of options. You will have to type the current passcode to access this menu.

Step 2: Once you’re in this option, scroll down to select the Change Passcode menu. One final time, enter your current passcode.

Now you’re ready to transform to a four-digit passcode or you can use an entirely different format.

Step 3: Now you have to tap on Passcode Options above the numeric keypad.

Now select four-digit numeric code from options. now you can enter in four digits. Type in your preferred combination, then again to verify and you are ready to go. If you use a very easy passcode, you will get a prompt saying that this passcode can be easily guessed.

Don’t forget the passcode, if you forget this, you’ll have to restore your iOS device, so make it something unforgettable.

Apple is a very innovative company and they always trying to improve security for their iOS and other devices. iOS is a very successful operating system for Apple and you will get updated frequently. So if you are fearing about security with apple devices, then don’t worry about that because they care about their users. If there is a bug in the iPhone or iPad or Mac.

For the security purpose of their customers, Apple doesn’t publish, discuss, or confirm security issues until an investigation has happened and updates or releases are generally available.

If you need technical support for a security issue from the Apple official support team—for example, to reset your Apple ID password or to issue with their App Store —view the Get help with security issues article.

Related: How to Fix Calendar Invitation error in iOS.

If this article is helpful for you, then tell us in the comments. We will be always thankful for your comments because we get motivation from you and learn something new. Don’t forget to share it.

If you think anything is missing in this article then please write in the comment section.

1 thought on “How to Set Four-Digit Passcode on iPhone”